Please enter a date below to check if we have one available. 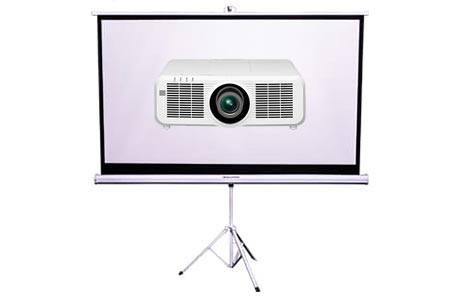 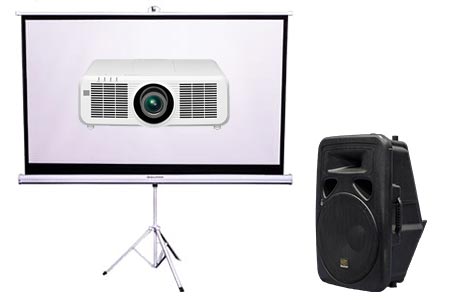 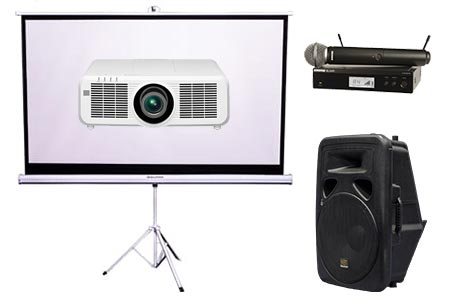 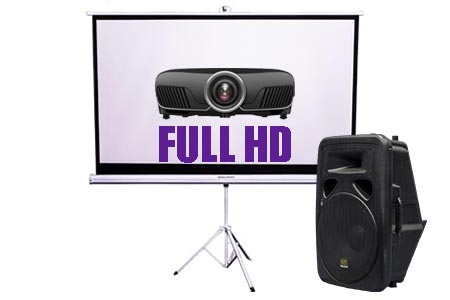 We offer the following payment options.

Our projectors are perfect for meetings or boardroom presentations, 21st birthdays, weddings or just to show off those holiday pictures. They connect to all Laptops including Apple Macs, Desktops and DVD players.

They are simple to set up and operate as they are a plug and play device. We have projectors that also cater for Full High Definition requirements. Bundle it with an 82 inch screen for better viewing platforms and save $$$$. Also you can add in a massive 300 watt powered speaker to create that famous theatre look and sound.

Don’t forget about the gamers out there as you can also connect the projectors up to your favourite game console for a fun filled gaming night. Connect a speaker to get a real feel of being in the game.

We can also cater to movie nights as the plug and play option allows you to connect the projector up to your DVD player to project onto a Big Screen so that everyone can see the movie.

Cordless microphones available on request if required for a small charge.

Bring your Laptop into our Showroom and our Tech onsite will connect your Laptop to our Projector and make sure everything works perfectly before you leave.

Cables for PC & MAC are all Included with hire.

Q: What is a HDMI Connection?

Q: What is a VGA Connection?

A: VGA was the last graphical standard introduced by IBM that the majority of PC clone manufacturers conformed to, making it today (as of 2010) the lowest common denominator that almost all post-1990 PC graphics hardware can be expected to implement down to the lowest level of hardware registers.

Q: What is a DVI Connection?

A: Digital Visual Interface (DVI) is a video display interface developed by the Digital Display Working Group (DDWG). The digital interface is used to connect a video source to a display device, such as a computer monitor.

Q: What is a Display Port Connection?

A: Display Port is a digital display interface developed by the Video Electronics Standards Association (VESA). The interface is primarily used to connect a video source to a display device such as a computer monitor, though it can also be used to transmit audio, USB, and other forms of data.

After more than 25 years providing party gear to more than 16,000 party organizers, we know what you need to make your party AWESOME!